After a lengthy application process with the Tax office, we finally received our license for beer brewing in late February.
It was decided in advance that the first brew had to be Pale Ale!
Pale Ale has become an absolute must for most Ale breweries, so it seemed the obvious choice for our maiden voyage.

Although we already had our license, there was still a little engineering work to be done so that the brewery was in perfect working order.
Also there a lot of thinking to be done about how we would tackle the first brew with achieving the highest quality possible.

We decided on Wednesday 7th of March to be the first brew day.

As the Brew house was previously owned by Heiwa Brewery in Hiroshima, it was extremely important that we got everything sparkling clean by doing a Brew house C.I.P (Cleaning In Place).
It also required a lot of manual cleaning and inspection by our brewing team to check that everything was perfect.
This also helped expand our understanding of how the equipment operated – essential to the brewer, should there be any malfunctions later on. 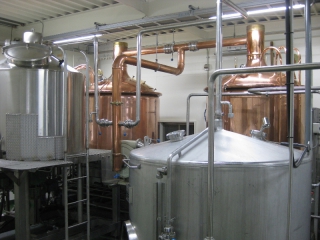 Once the Brew house was sparkling clean and we had the recipe for our Pale Ale decided, the next step was to mill the grain!
Milling is an important part of the Brewing process – it allows water to come into contact with the starchy inside of the grains known as the ‘endosperm’.
If brewing water is at the correct temperature, the naturally occurring enzymes in the malt will begin to break down the starch in the grain and give us simple sugars – without which, we cannot make beer.
The hot water and malt mixture is known as a ‘mash’ by brewers, which looks like a kind of porridge.

After we had our Brewing water up to the temperature that we wanted, it was time to mix it with the crushed malt – which is known as ‘mashing in’ by brewers. The mash then is left until all the starch has been converted. 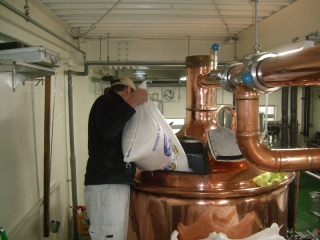 The mash is then sent to a different vessel – known as a Lauter Tun. 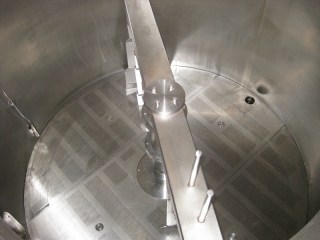 The job of the Lauter Tun is to separate the grain from the sweet sugary liquid known as ‘wort’ – the wort needs to be collected and boiled in a separate vessel (known as a Brew Kettle). 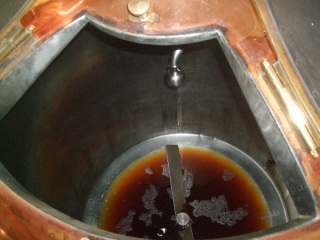 We had some problems using our Lauter Tun for the first time.
It is always a challenge for a brewer to use new equipment for the first time, but we managed to eventually get the brew finished with no effect on the quality.

The wort is then boiled and hops are added. Hops boiled for a long time give bitterness to the beer and hops that are boiled for a short time give the beer its hop aroma.
It is the skill of the brewer to perfectly balance the malt with the hops to give the beer great flavour as well as making it easy to drink.
The choice of yeast also plays a vital role in the beer’s outcome. 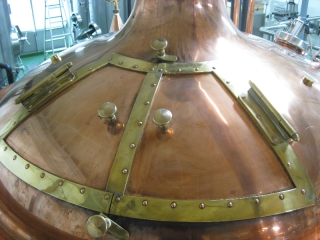 We also had a problem with our brewing kettle, which meant it took a very long time for the wort to start boiling. It is very important that the brewer gets a very strong boil when making beer – so waiting for the wort to boil meant that we had a very long day for our first brew.
The problem has since been fixed and the second brew was much quicker.

After the boil, the beer is sent from the Brew Kettle to another vessel called a Whirlpool – this separates the beer from the hops and extra protein in the beer.
It is important for fermentation that most of these are removed from the beer. 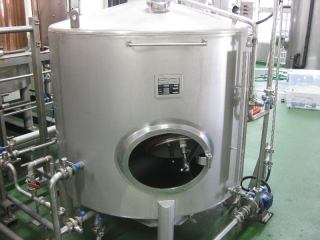 Yeast is added to the Fermentation Vessels, where some of the malt sugars will be converted to carbon dioxide and alcohol.
Other than the obvious production of alcohol, the beer will become less sweet and less bitter during fermentation – beer prior to fermentation is actually not very nice to taste.

We were extremely happy when the transfer/cooling process was finished!
We had worked a 17 hour day and had to overcome so many problems, but thanks to having a good brewing team – we were proud with what we had created. 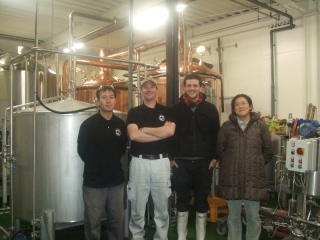 We hope our second batch of Pale Ale to be even better as we modify the recipes, learn the best ways to use our equipment and get the most out of our beers.

Samples were taken in order to check the gravity of the beer, which lets the brewer know how the fermentation is progressing.
Once the beer gravity is at the level that we want, we close the tanks up in order to naturally carbonate the beer – which provides smaller and smoother bubbles than artificial carbonation.
Cooling is then applied to the tanks in order for the yeast to drop, making the beer clearer.
It also helps the carbonation to absorb into the beer and flavours to mature – as well as make the beer more stable, and less likely to suffer from infection.

Our First batch is almost ready to leave the brewery and enter your glasses!

Contact us now for a quote and to put your name on the list for pre-orders of our first batch of Draught Pale Ale – Our Porter will also be ready soon! 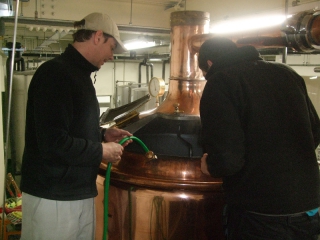 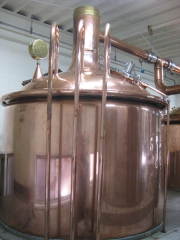 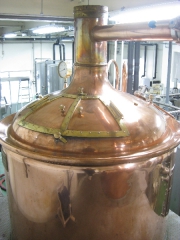